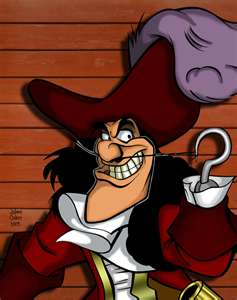 Desperadoes. We fiction writers (notice I say we) are all of the above.

Don’t pretend it isn’t true and it’s nothing to be ashamed of. Any proper fiction writer can’t help but find themselves in the company of likewise shady characters. Think about it, we lie. We steal. Why, we even commit murder. Sometimes before breakfast and especially when short on coffee. We wage wars and level cities. We do terrible things all in the name of fiction.

Of course I am speaking figuratively (my lawyer told me I had to state this), but we do these things in our writing. We have to do these things in our writing. The very essence of fiction is fabrication. In other words we. are. lying. We create a lie and announce it to the world. We lie and sell those lies. We are paid (if fortunate enough) to lie. It’s storytelling, sure. It’s make-believe, but it all falls into the same basket. Not truth = lying (or insert synonym here if it makes you feel more warm and cuddly). But it’s ok. People want us to lie. They want to hear the falsehoods we create, because they know you’re just spinning a yarn. And for the time they are immersed in our lies, they are entertained; on vacation from the labors of reality.

Lying. That’s the jaywalking of the fiction writer’s world. Let’s move on to bigger fish. We steal. No, I’m not talking about your neighbor’s antique silver flatware, or that sweet corvette you saw in the parking lot. I’m talking about a bigger commodity, a more abstract and invaluable resource. We steal dialogue and names, clothing and hairstyles, memories, experiences, places and events. To be painfully clear, I am not, in any sense talking about the MORTAL SIN of PLAGIARISM. I am talking about observing and recording. Listen to people speak, to their dialect and speech patterns, the topics of conversation and the slang that they use. Write it down, file it away. Sit in a park, the mall, a bus stop, and watch people. Notice that guy checking his watch every 30 seconds? Why? There’s a story. Where’s he going? What or who is he waiting for? Practice studying people and details. You never know when a habit, personality quirk, or article of jewelry or clothing may pop into a story. Write these things down, but also develop your mind to retain these scraps of worldly currency.

I’m always practicing this. I got my haircut the other day, the first time in 90 weeks, and I happened to have the same hairdresser as the last time I was there. I noticed that she had a new tattoo on her wrist and that her nose was pierced. Not that I was stalking her (hadn’t seen her in 90 weeks), but I remembered that she didn’t have those things before. When I commented on her new additions since I’d been in last, she was very surprised that I’d noticed. We are writers. We notice details.

But we don’t stop there, oh no. We murder people on the page. We take unsuspecting characters and BAM. We kill them. That’s just the way it goes. Fiction requires conflict. Conflict often comes at the cost of one or more character’s lives. We make our characters suffer. We make them struggle through seemingly impossible odds to get what they want. We knock them down to their lowest points and then step on their heads. Does this sound like the act of a wholesome creator? No. It sounds like the act of a successful fiction writer.

Point is, don’t deny your true nature. Don’t be afraid to get dirty. Our readers expect it of us. Our craft demands it. And damn it, sometimes it’s just fun. ;]

So get out there, you rogue. You are a card-carrying scoundrel with a license for abstract villainy, all in the name of fiction.

Diabolical laughter is optional but encouraged.

I am often seized by inspiration at odd times. I also find reality and imagination blurring frequently and, again, at odd moments. Like today.

Once again, we were battered by snow. So I, shovel in hand, trudged out to clear our walk and driveway. As I set to shoveling, hurling clumps of snow aside, the minivan melted away. The swing in the yard disappeared. The sounds of the neighbors’ snowblowers ceased to whir. I was in the Frostlands of Mozique, the wintry lands of the Volsuungs, a realm that had recently appeared in a fantasy story I wrote for Writers’ Journal. I held in my hand a honed and ice kissed blade of the north, a battle-axe, not a snow shovel. I was not clearing a way for our cars. I was clearing the ground for our camp, for tomorrow there would be war and the blood of the lowlanders would color the white landscape. Incidentally, the lowlanders may have had snowblowers.

I smiled down at my bundled up son, eagerly ready for a day at the hill. I was back in reality, but the idea was fresh. I would write a follow-up story to “Of Ice and Iron”. I trudged up to the door, asked my wife for some paper and a pen and wrote out my idea.

Then it was back to work. Then THEY came, soaring over the house, cutting a path across the wintry sky. A huge flying V of geese and a poem danced into my head. The first couple lines of a poem, at least. I planted my shovel in the snow and trudged back up to the door.

“Hon? Can I have some more paper and a pen?”

I wrote out the first couple of lines to the poem and turned back to the snow clearing. By this time, my wife and other boys were outside. They wanted the sleds from the garage. As I was retrieving them, I found a pair of drumsticks laying behind a box. I began to tap out a beat, translating into my memory for a possible bass line. My bass was waiting patiently in my office, anxious to pound out some tunes.

My wife just shook her head.

“You,” she said. “Always coming up with something. Another idea. Another project.”

But that’s what I do. That’s what WE do, we creators and artists. Inspiration strikes all the time and we have to EMBRACE it. Record it.

I did manage to finish the driveway, and leave the lands of the Volsuungs, where hot chocolate was waiting for me. Perhaps the lowlanders and their snowblowers would live another day, this viking had hot chocolate to drink.